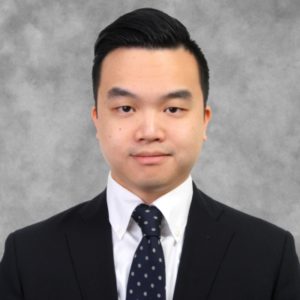 Jensen Yuen joined Metcalfe, Blainey & Burns LLP as a counsel in 2019. Prior to practicing in Canada, Jensen served a year of pupillage (articling) with several prominent members of the Hong Kong Bar, which includes a short stint as a Judge’s Marshall at the High Court of Hong Kong. Jensen was called to the Hong Kong Bar in 2013 as a Barrister-at-Law and developed a successful specialized practice in personal injuries litigations where he was frequently entrusted to handle complex and high value claims. Jensen was called to the Ontario Bar in 2019 and engages in a wide variety of civil practices with a “client centric” approach.

Jensen is also developing his interest in immigration law. Jensen was a certified panel lawyer of the Hong Kong Duty Lawyer Service’s “Convention Against Torture and Non-refoulement Claims Scheme”, where he regularly ​represents claimants from various countries making non-refoulment applications under the UNHCR’s Convention Against Torture. He now works closely with MBB Immigration, particularly for Humanitarian and Compassionate cases where his advocacy skills are called into play.

Jensen is fluent in English, Cantonese and Mandarin.